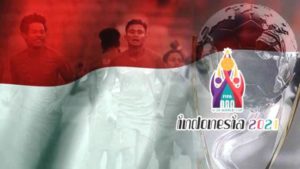 The President of Fédération Internationale de Football Association (FIFA), Giani Infantino, has announced that Indonesia has won the competition to act as the host for the Under-20 (U-20) World Championship 2021.

The announcement was made at a meeting of FIFA’s Governing Council in Shanghai, PRC on October 23-24, 2019.

Seven main stadiums across the Indonesian Nation and at least four practice fields will be used in the 2021 world championship.

In Bali, the Dipta Gianyar Bali Stadium will be used for competitive play and five local fields for practice play.

Ketut Suardana, the Chairman of the Provincials National Sports Council (PSSI-Bali), welcomed the announcement from FIFA and called on the National, Provincial and local governments to immediately commence preparations for the prestigious 2021 event.

Among the practice fields that will be used in Bali are: